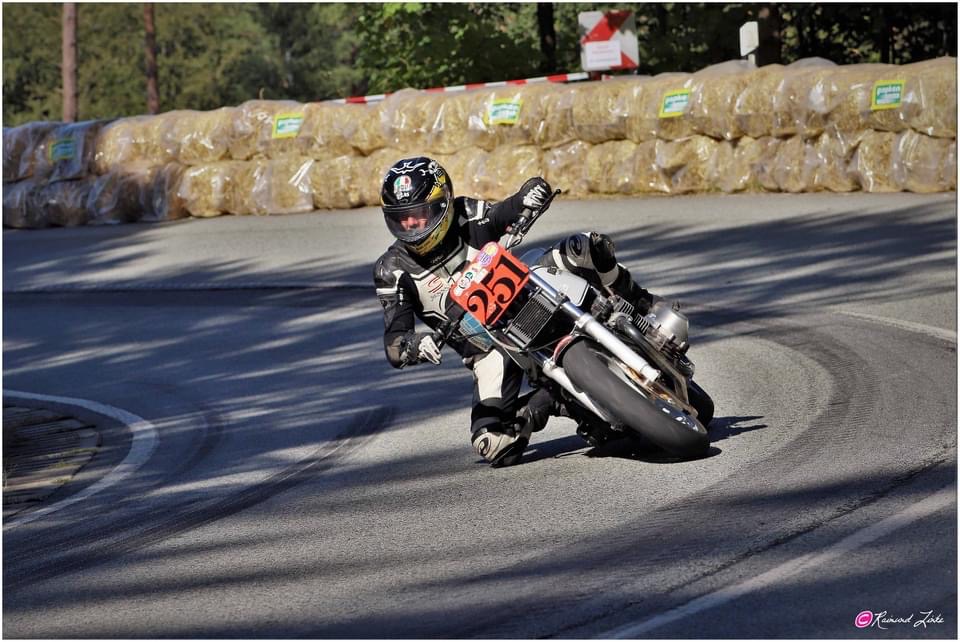 What is the FIM EUROPE VINTAGE HILL CLIMB Championship? A mountain is driven up with classic motorcycles. Whoever completes the course the fastest is the winner and whoever collects the most points over the entire season is the current European champion.

Stefan Dobler has been employed as an electrician in industrial engineering for 4 years. Stefan supports the technical support of our experts. He always has an improved bike at his disposal and can always draw on the expertise of our experts in relation to the thermodynamic engine elements. Already at a young age Stefan was racing on 4 wheels in the karting area. In his free time and with friends, he went on extensive motorcycle tours. In 2016, Stefan discovered the fascination of mountain racing. In the first three years he only competed as a guest and had to learn a lot. In the fourth season, he celebrated his first win as part of a guest start. Then Corona came. Looking back, Stefan became European Champion in his first season as a regular starter.

For the future we wish Stefan a successful defense of the European Champion title and good luck in the classic race on the Isle of Man – Southern 100.